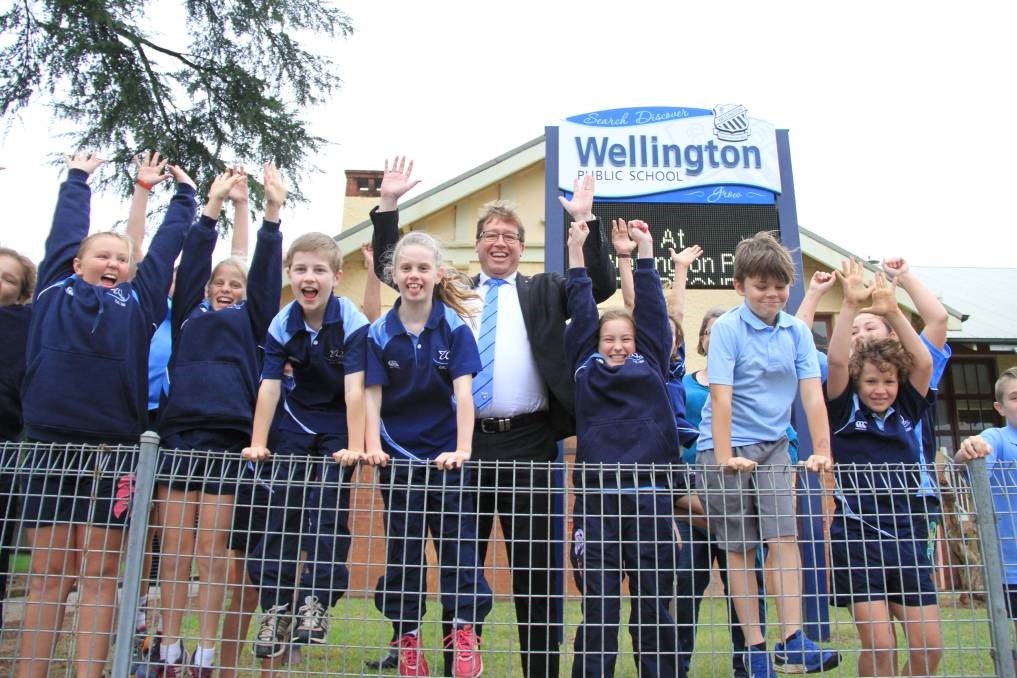 Students jumping for joy at the news of a new school security fence!

The erection of the new security fencing was the culmination of a long and sustained process of lobbying by the school community. This included the collection of over 1,000 signatures on a community petition that was handed to the then Education Minister by the local member.

You can read the local media coverage the Wellington Times here: